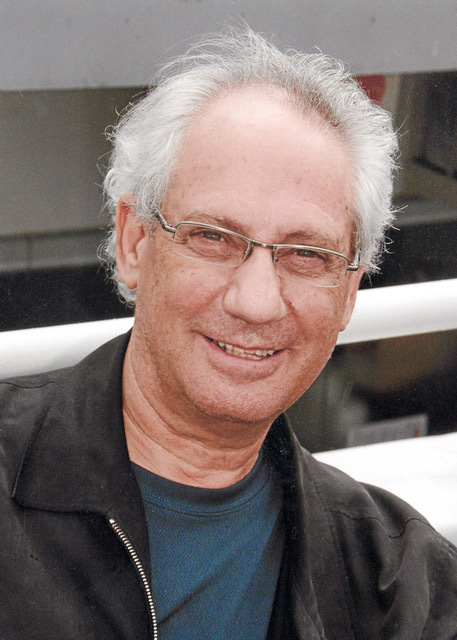 Many of you are already familiar with Dr. Jake P. Fratkin as an author and a teacher. His book Chinese Herbal Patent Medicines, The Clinical Desk Reference sits on countless practitioners´ desks as a reference tool. Enjoy a peek into this highly regarded practitioner´s life.

Why did you become involved with Traditional Chinese Medicine?

It could only be destiny, karma. I always intended to become a doctor, since 4th grade, and thought about many possibilities within that: researcher, psychiatrist, surgeon, even medical illustrator. In college, I was a zoology major, with Chinese as my language. (Originally, French was my language, but I couldn´t wake up early enough to make it to class, so I switch to any language that fit into 11 am. This was Chinese.) With an interest in Chinese medicine, I started to study Chinese history and philosophy, and became fascinated. As I prepared for medical school, I developed a strong distrust for the chemistry-pharmaceutical bias of medicine, seeing doctors as overpaid drug salesmen. Disturbed about pharmaceutical medicine, I decided to go into biology instead. I actually did a couple of years working with monkeys in the Caribbean. When James Reston had his appendectomy with acupuncture anesthesia in 1974, I thought, this is cool. Within two years, I became obsessed with all things Chinese: Chinese philosophy, qi gong, taijuquan. I went back to Wisconsin to study more Chinese hoping to study in mainland China eventually, and in Chicago I met Dr. Ineon Moon, a Korean acupuncturist. He took me on in an apprenticeship that lasted 7 years. In Chicago, I also studied Chinese herbal medicine, in a traditional Hong Kong-style pharmacy with Dr. Pak-Leung Lau, and in formal classes with Dr. Zhengan Guo, who was trained in Lanzhou, China. Later, I spent a year (on several trips) studying at herbal hospitals in China.

What is in your cupboard/medicine cabinet?

My personal medicine cabinet looks like a mini-pharmacy. I carry formulas from numerous companies. Gan Mao Ling is my favorite medicine, which I take at signs of immune stress that might allow a virus to spring up. I have been known to use Yin Qiao San, Huo Xiang Zheng Qi Wan, Qing Qi Hua Tan Wan, etc. - medicines for acute intervention. I love Guilin Watermelon Frost. I sometimes use formulas for sleeping, like An Shen Bu Xin Wan. And, occasionally Nan Bao, for special occasions.

What is your favorite place?

I love the woods near my house. It runs along a creek, is maintained by Boulder Parks, and has horse pastures with views of the Flatirons and Rocky Mountains. After that, it is the home of my wife´s family, in the southern French Alps. Quiet, moist, green, fantastic views. We go most summers.

Are there any tidbits of herbal wisdom that you can share?

This may come as a shock, but I think most American herbalists are prescribing at 20% of their potential, because traditional pulses and tongues and zang-fu differentiation is too difficult to master. Twenty years ago, I started using electro-dermal testing (VegaTest) to hone in on effective formulas. My herbal prescribing is based on seeing which herbal medicines resonate on electro-dermal screening. After formal study in China, and constant study of classical and modern texts, I can say that I learn the equal of this information by using electro-dermal screening, matching formulas to real patients. I say this based on my clinical results. VegaTest machines are no longer available in the United States, replaced by more computerized versions where the signatures of medicines are stored in a computer. I think that herbalists should look at electronic feedback systems. This may become the 21st century approach.

What are your thoughts on the future of Traditional Chinese Medicine?

I have conflicting cynical and optimistic thoughts. The cynical/realistic side says that Western institutionalized medicine will never accept Chinese herbal medicine, with the possible exception of a few expensively extracted standardized formulas that pass scientific scrutiny from American research. While acupuncture, as a stand-alone therapy, will probably find its way into conventional clinics and hospitals, herbalist will have to continue acting as independent providers without the benefit of insurance reimbursement. The optimistic side, however, looks at several factors that may mark the end of Western medical arrogance and dominance. The first is cost - TCM is cheaper than Western medicine for managing the moderate medical conditions that comprise the bulk of medical visits. The second is effectiveness. We can cure, whilst the other only controls. Stop Western medicine, and you still have the condition.

More information about Dr. Fratkin can be found at http://www.drjakefratkin.com.