In times of uncertainty, stress, or anxiety, it is good to know that nature has a solution for us. Relaxation and restful sleep can be found in the seeds of the thorny deciduous tree called Wild Jujube, also known as Spiny Jujube or Wild Zizyphus. We best know the herb as Suan Zao Ren.

Originally native to southern Asia in the regions of Syria, northern India, central and southern China, this small shrub has been widely cultivated for over 4,000 years with over 400 known cultivars (cultivated plants that possess unique characteristics from others of the same species and also retain their distinctiveness when propagated.) 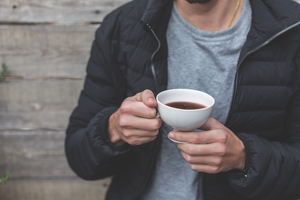 Outside of Asia, the jujube can now be found in parts of Russia, northern Africa, southern Europe, the Middle East, and southwestern United States. It also bears a biblical mention (Judges 9:15) and is the second most common tree in the Arava Valley of Israel, The success of the their vast cultivation can be attributed to their unique ability to endure a wide range of temperatures from very hot summers to fairly cold winters with temperatures as low as -28 F. Tolerant of rainfalls and droughts and able to grow in soil of high acidity or alkalinity, the plant is extremely low maintenance. However, the Spiny Jujube thrives in sandy, well-drained soil in a sunny and warm location with adequate winter pruning, which in turn yields the best quality fruits.

The flowering season spans several months of late spring into summer, but the flowers themselves are only receptive to pollen for one day or less. Hence, most jujube cultivators produce fruit without cross-pollination. After the fruit ripens in late autumn or early winter, it is picked and dried in the sunlight, then pitted and shelled to obtain the ripe kernel of Suan Zao Ren. Much of this process is done in the Hebei, Henan, Shandong, Shanxi and Shaanxi provinces of China.

Suan Zao Ren first appeared in the Chinese pharmacopeia via The Divine Farmer´s Materia Medica Classic (Shen Nong Ben Cao Jing) around 300 B.C. The seeds can be used unprepared or stir-fried, then often crushed before taken in a decoction or alone as a powder. Due to its sweet taste and neutral temperate, it nourishes the Heart and Liver Blood as well as nourishes yin to arrest sweating. The main function of this medicinal seed is to calm and stabilize the Shen. Therefore, Suan Zao Ren is most often used in cases of insomnia, irritability, palpitations, forgetfulness and abnormal sweating due to deficiency. It is also a prophylactic for altitude sickness.

Modern research from China shows versatility in the medicinal use of this ancient herb. One study shows improved liver functions as well as improved quality of sleep in chronic hepatitis B patients with insomnia. Other research suggests this medicinal seed has sedative and hypnotic effects on the nervous system, protective ischemic effects on cerebral damages, and has anti-neoplastic effects on cancer cells. Other observed effects are muscle relaxation, reduced pain sensation, increased pain tolerance, and prolonged lowered blood pressure. The oil extracts of the seed has also been shown to decrease levels of blood cholesterol, low-density lipoprotein and triglycerides, and inhibit platelet aggregation.

Despite its strong medicinal effects, this mild natured herb is relatively safe to use long term and for children. Reported adverse effects from inappropriate use include fever with aversion to cold, cold sweat, and joint pain. Western herbalists are also considering the Wild Jujube Seed as an alternative to Kava Kava and Valerian due to the latter two herbs´ possible negative impact on liver functions.

Natha Surinsuk, born and raised in Thailand, received a B.S. in Psychobiology from the University of California, Los Angeles. Passionate about Eastern Medicine and helping others, Natha went on to complete her Masters of Science in Traditional Oriental Medicine at the Pacific College of Oriental Medicine. She practices in the Los Angeles area.