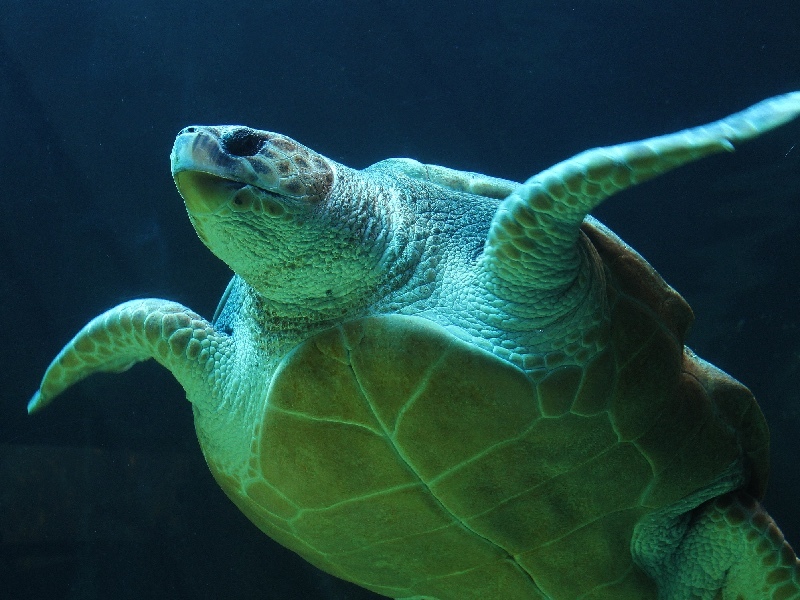 The ocean is a mighty beautiful place. It is powerful, relaxing, and therapeutic in its own way. This is a place that is considered perhaps the pinnacle of vacationing; it´s probably (I say probably because I didn´t actually verify the statement thoroughly) the most sought after destination for people to get in some good rest and relaxation. So why do people find the ocean so rejuvenating? What is it about the great blue salty pond, with its white-capped waves washing ashore that provides almost its very own tonifying effect?

The kidney meridian has an affinity for salt. Often, salty herbs have some impact on Kidney Yin and Yang, and salt as a stand-alone ingredient tends to direct other herbs to the Kidney.

Therefore, it comes as little surprise that the salinity of the Ocean can provide a very nourishing effect to the Kidney meridian; it´s a pristine vision we all share: swimming around and catching waves, allowing the salty water to wash over you while catching vitamin D from the sun; then perhaps retiring to a warm towel in the sand and maybe sipping a Mai Tai–just a little alcohol to help invigorate the blood a little bit while you swish all of life"s worries away over a chat with your spouse or kids. it´s a picture perfect scene that can have a real and lasting impact on "re-charging" the Kidneys. So what oceanic herbs out there exhibit these types of therapeutic properties? So glad you asked!

The ocean is a vast land of incredible volume and captivation. While there are certainly a number of plants and animals that serve both culinary and medicinal utility within, Chinese herbalism has gravitated towards several distinct specimens that have been found to provide very potent and profound actions.


Hai Shen
Hai Shen, literally translated means Sea Root, and it does look a bit like a root. This sea creature is better known as a Sea Cucumber and is eaten primarily as a food and even a delicacy in some parts of the world where it is sometimes called "trepang"; while sea cucumbers have become very difficult to procure in the United States, many parts of the world still eat them and use them for their healing properties, both in dried form and as oils and tinctures. As a more culinary item, sea cucumbers are usually used in larger dosage than many of the other strong Yang tonics. Chen & Chen states 30-60 grams is an appropriate dosage, making it nearly 10 times the dosage as many other strong whole Yang tonics.

Hai Shen is principally a Yang tonic but also enters the Heart meridian. It is sweet, salty, and warm, and is a very good herb for tonifying both Kidney Yang and Yin, notably for deficiencies of Kidney essence. While the other sea creatures discussed have additional functionality that makes them unique, Hai Shen pours all of its effort into the one task of tonifying Kidney Yang and Yin.


Hai Ma
Hai Ma is the well-known Sea Horse; we all know of these animals. Sea horse is a very powerful Yang tonic that has perhaps been over-farmed in the past; now prices are high and numbers of this creature dwindle. Over-farming and under-regulation have caused prices to sky-rocket and become much more seasonal. Now, many of the sea horses that are caught are small and underdeveloped, lacking good color.

Entering the Kidney and Liver meridians, Hai Ma is a very strong tonic for tonifying Kidney Yang and has had some studies performed which correlate its use to positive effects on the reproductive system as well as mental and physical acuity and performance. In addition to these Kidney tonifying effects, Hai Ma has the interesting ability to invigorate the Blood. This makes it useful for those with some type of stasis accompanying Yang deficiency; because of its Blood invigorating effects, it has also been used in martial arts conditioning formulas used for strengthening bone and sinew.

Dosage for Hai Ma is generally 3 to 9 grams (1 to 3 chien). While many people use Hai Ma whole, due to its expense and potency, it is highly advised that if you are ever able to try some that you grind it and lower the dosage accordingly.


Hai Long
Related to the Sea Horse is Hai Long, translated literally as Sea Dragon but is more commonly known as a Pipe fish. The Pipe fish is actually related to the Sea Horse at the family level where they then break off into separate genus categories. Thus, we can expect that their use and action may be quite similar. Additionally, Pipe fish has also experienced problems with decrease of numbers and increase in price hikes, but not to the degree that has been seen with Hai Ma.

Entering only the Kidney meridian, Hai Long is also quite strong in its capacity to tonify the Kidney meridian, especially Kidney Yang. In contrast, it differentiates itself from other Yang tonics including Hai Ma, by also having a secondary function to alleviate swelling and nodules, such in the case of scrofula.

Hai Long is also often used in the same dosage as Hai Ma. Chen & Chen verifies at 3 to 9 grams. As similar again to Hai Ma, it is highly advised that if it is used, that it is ground and the dosage reduced by 1/3.


Gui Ban
Gui Ban is the whole shell of the tortoise. Unlike the 3 herbs discussed above, Gui Ban is not a Yang tonic at all. It is actually a Yin tonic. Where the above herbs are much warmer and Yang in nature, Gui Ban is salty and cold, and enters the Liver, Kidney, and Heart meridians. The turtle shell anchors the Yang and promotes the nourishing of both Liver and Kidney Yin.

What are also quite useful about this herb are its additional uses. Because it is a good Kidney Yin tonic and because Kidney Yin and essence store the marrow, it is very useful in healing and strengthening bone and sinew while also building essence. It is also useful for stopping bleeding and promoting general healing, explaining its use in some dit da-based formulas.

Gui Ban is a heavy and dense material and is often used in doses of up to 1 liang. For real effect, it absolutely must be crushed or ground prior to use, and it is wise to pre-decoct for good extraction. Because this is very difficult, Gui Ban is also sometimes available as Gui Ban Jiao, the shell glue or gelatin, where much of the collagen and other active compounds preside. Of the 4 animals discussed in this article, Gui Ban and Gui Ban Jiao are probably the cheapest and most easily procurable herbs in the West.

Hai Piao Xiao is the bone of the Cuttlefish and is also useful for consolidating the essence and the healing of bone injuries. If you cannot find Gui Ban and want to try out some creatures from the sea, Hai Piao Xiao may be used instead.

There are many other treasures reigning from the sea that are readily available to us here in the states, from seaweed to oysters to a variety of fish that are high in important dietary oils and minerals. Other Chinese herbs from the Ocean include Mu Li, We Leng Zi, and Zhen Zhu Mu; all of these are types of shells.

If you like the idea of using these types of herbs in tonics but disagree with their use, or simply cannot find them, you can consider substituting Hai Long or Hai Ma with something like Lu Rong or Lu Jiao Jiao; or, you may consider building a set of herbs as a substitute to include 1 or 2 plant materials that are strong Yang tonics, such as Du Zhong and Yin Yang Huo, and adding to this 1 herb to occupy the secondary function. For Hai Ma, a blood invigorator such as Chuan Xiong would work well whereas Hai Long would be paired with an herb that helped to reduce swellings. Huang Jing may seem a good replacement for Gui Ban.

While all of the above herbs will make good substitutions, the sea life is mostly irreplaceable in their function. So, if you ever have the chance to try any of the above for you or your patients, they can be quite a treat; it is always nice to supplement formulas with sea-based life. There are profound therapeutic properties that come from the ocean; we would do ourselves well to take part in the consumption of these treasures when it is necessary; and sipping a Mai Tai while walking along the beach isn't a bad idea either!

Josh Walker is a martial artist and professional personal trainer, and owns PlumDragon Herbs, a small business specializing in production of dit da jow and tonics geared towards martial artists and athletes. Josh has also completed advanced degree work in the field of engineering. As a student and teacher of martial arts, and personal trainer, Josh has a vested interest in encouraging health and performance to other martial artists and active individuals. He has trained in several types of Chinese and Filipino martial arts spanning across many years; he teaches privately and visits the Philippines annually to train with his teachers.
Josh has worked with herbs to make dit da jow and tonic wines since 2001 and continues ongoing education in martial arts, herbalism, and health topics as a passion and lifestyle.