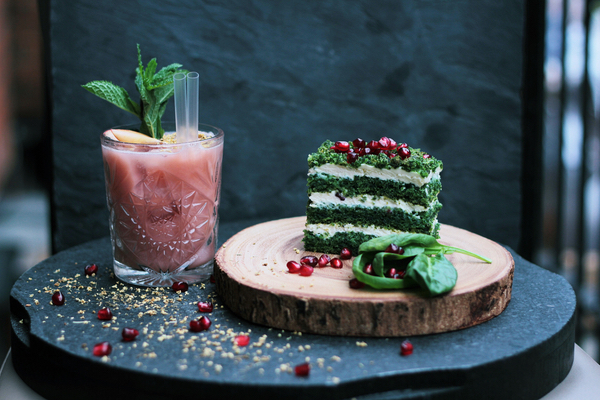 The great medieval Jewish philosopher, scholar and physician Moses Maimonides (also known as the Rambam), teaches in his magnum opus on Jewish law The Mishneh Torah, that physical pleasure should be viewed as a Divine gift, and when partaken in a permissible manner is both sanctified and elevated through awareness and practice. This is the meaning of Proverbs (3:6), "Know Him in all your ways, and He will straighten your paths." How, though, can mortal Man begin to know which pleasures and foods are permissible and which are not? To answer this question, the observant Jew turns to the Torah, which is made up of the Written (The Pentateuch) and Oral (The Talmud) laws, and encompasses both the revealed and mystical traditions for guidance.
In the book of Leviticus (also called Vayikra - meaning "and He called" - after the first word of the book), the Torah explicitly lists which animals are permitted to be eaten and which are not. According to the Jewish mystical tradition, the Torah restricts certain foods because food is spiritually potent. Just as certain foods can nurture one’s Divine spiritual connection, other foods can dull one’s spirituality and physicality.

The Midrash Tanchuma illustrates this idea with the following parable:

"A physician went to visit two patients. He saw that one of them was in mortal danger, therefore instructing the members of his household to give him whatever he asks for. He saw that the other was destined to live and said to them, ’He may eat such and such food, but may not eat other specific foods.’ They asked him, ’Please explain why you say that the first person may eat any food he asks for while the second you say may not eat certain foods?’
The physician answered, ’Concerning the one destined to live I said, "this eat and this you may not eat.’ But regarding the one destined to die I told them, ’Give him whatever he asks for, for he is destined to die anyway.’

So, too, the Holy One Blessed Be He, allowed idol-worshipers to eat swarming and creeping things. But Israel who is destined to Life Eternal, he told, ’Be holy for I am holy, so don’t make your souls abhorrent.’"

In addition to the spiritual benefit that the Midrash addresses, many non-observant Jews and non-Jews often go out of their way to buy kosher meat and food products, in the belief that they are healthier and of better quality. But is it so? This issue is actually debated by the great medieval Jewish commentators.

The Rambam explains in his Guide to the Perplexed (3:48) that, "It is not the signs of a kosher animal which make it kosher, nor the signs of the non-kosher animal that make it non-kosher. These signs only serve to indicate which animals are permitted and which are forbidden. Rather, the reason that forbidden animals and fish do not have these signs is because they damage people’s health. God knows of the injury that forbidden foods cause to man."

On the contrary, the Spanish commentator Abravanel says, "Far be it from me to believe this, for then the Torah given by God is no more than a minor medical treatise, and this is not in keeping with its holiness and eternity. In addition, we ourselves see that other nations do eat these forbidden foods, and they not in any way affect their health. If the reasons were medical, then there would also be various plants which are harmful, yet the Torah does not forbid them...therefore, the Torah prohibits the consumption of non-kosher foods because of spiritual destructive effects that they have on a person’s soul."

This approach seems to be consistent with the Gemara, the analysis and commentary component of the Talmud (Yoma 39a), from which we learn the word "venitmeitem," meaning "and you will become contaminated." Vayikra (11:43) also mentions "venitamtem," meaning "to be spiritually defiled." The esteemed medieval French rabbi Rashi explains that this means becoming insensitive to the entire Torah experience. With respect to the eating of forbidden foods, the Sefer Hachinuch, or the Book of Education which discusses the commandments of the Torah, (Mitzvah 73) notes that the harm caused by eating these foods is not physical. Rather they prevent a person from being able to tune-in to the Almighty, His Creation and His Commandments, and to reach a higher level of spirituality. For this reason Rama, the eminent Talmudic rabbi, rules that it is forbidden to give small children non-kosher foods (Yoreh Deah 81:7).

But what of non-kosher foods and medicines ingested not for nutrition or pleasure, but rather for purely medicinal reasons? Would they be permitted to be used internally? It is interesting to note that approximately 90% of the substances mentioned in both the Chinese Materia Medica and the Rambam’s Glossary of Drug Names are derived from the plant kingdom, and a minor percentage are of mineral and animal sources.

In all cases, when preparing formulas or prescribing medicines, the Jewish observant practitioner needs to consider the following questions:

What is the degree of prohibition in each substance considered?

The most severe prohibition involves ingesting insects (including their shells) and reptiles, followed by edible parts of non-kosher animals, animals not slaughtered in a kosher manner, prohibited parts of kosher animals (i.e. the sciatic nerve), non-kosher sea animals, and finally inedible parts of animals and inedible shells. With this in mind, one should display the greatest degree of care when considering the use of prohibited substances, even for medicine. A practical example of this is the medicinal use of Quan Xie (scorpion) or Wu Gong (centipede) in the treatment of neurological conditions such as Parkinson’s or seizures. When indicated, these should be taken in the form of a vegicap.

Are the substances of animal origin clearly inedible or bitter, such as sea shells, snake skin, and bear bile, or are they edible and/or pleasant tasting?

In my practice of traditional Jewish and Chinese medicine, I avoid using non-kosher ingredients in my formulas, unless their omission will result in failure to achieve the desired effect or result (i.e. in cases of infertility, potentially life threatening illnesses, or conditions that seriously compromise a patient’s quality of life). When it is imperative to use these ingredients, I consider substances with the least severe prohibition first. Interestingly, a section in the laws of blessings in the Code of Jewish Law, The Shulchan Aruch (Orech Chayim 204:8,9), that clearly states that if a non-kosher substance is being used for medicinal purpose and has a pleasant flavor, then one actually makes a blessing on it.

The bottom line, of course, is that the Jewish observant physician needs to consult with a recognized and competent Orthodox Rabbinic authority whenever in doubt, and needs to carefully consider all options when prescribing non-kosher substances. The physician must weigh the immediate and/or long term benefit of prescribing such substances against the "timtum halev" - the dulling of one’s spiritual awareness.