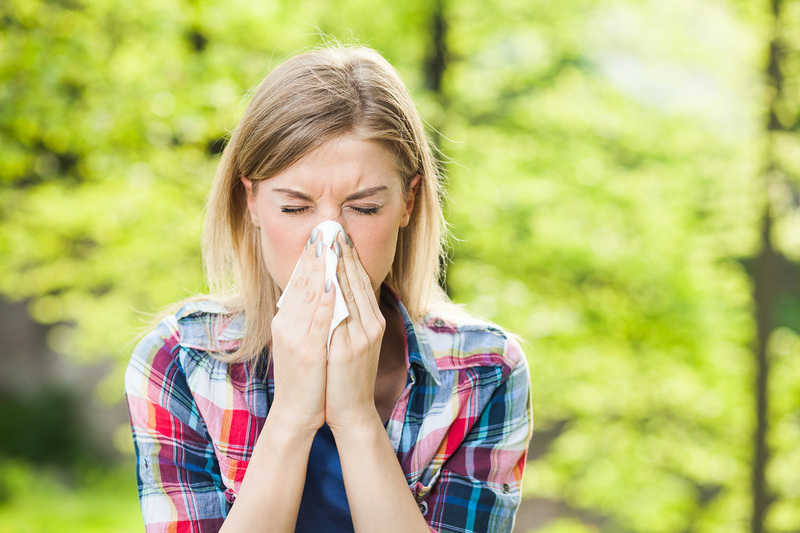 
With the season of Spring coming, flowers blooming, and the correlated number of pollens increasing in the air, we will get our share of patients with allergies, sneezing and runny noses. As in many cases, the symptomatic approach of treatment will bear limited results in contrast to the differential diagnostic/wholistic approach of our medicine.

In most cases, it is a combination of several organ systems that are involved with pathogenic invasion, therefore finding the root of the treatment is of primary importance. Most of the signs and symptoms that patients complain about will include runny nose, sneezing, congestion and sinus headache. Therefore, the involvement of the Lung system is obvious. A lot of patients complaining about allergic rhinitis fall into the category of overworked and overstressed people that will definitely show signs of Lung, Spleen and/or Kidney systems involvement, particularly in cases of chronic affliction where they would exhibit such patterns as Lung Qi deficiency, Spleen Qi deficiency, Kidney Yang and/or Yin deficiency.

The nose is the opening of the Lung system. Since the Lung system is the first line of defense for the body, it makes sense to see Lung system involvement with Wind, Cold and Heat evils invasions and/or Lung Qi disturbances being deficiency or not disseminating. The first thought that comes to mind when I hear sneezing and runny nose is Wind and Dampness. Wind symptoms are unpredictable and come and go, and, as it is with sneezing, it happens without predictable signs; therefore the occurrence of sneezing reveals the presence of Wind. A runny nose can be considered as visible Dampness, which is a pathologic aspect of fluids. Both can also be seen as the impairment of the disseminating function of the Lung system.

The involvement of the Spleen system can also be understood through the transporting and transforming functions of the fluids in the form of a mist upwards to the Lung system. If there is pathology of the Spleen system, Dampness evil will occur and the Lung system known as the container of Dampness and Phlegm evils will be affected, in turn disturbing the nose with congestions or discharges.

The Kidney system involvement can be understood with the presence of sneezing. In the Su-Wen Chap 23-13, it is said that if the Kidney energy is damaged, it will be the cause of yawning and sneezing. Therefore, if the patient presents with symptoms of weak lower back, tiredness, tinnitus, frequent urination, low sex drive, black tint in their complexion and so on, it will indicate Kidney system involvement with in turn will involve the Spleen and Lung systems on the long run.

Wind-Cold evil invading the Lung
Same as above with the addition of possible sore throat, cough, slight fever, general body aches, loss of smell. Pale tongue with thin white fur and a floating pulse. The formula of choice would be Xin Yi San with the addition of Qiang Huo, Jing Jie. Chuan Xiong Cha Tiao San can also be used.


Some herbs to consider for modifications:

The herbs of Choice to treat nasal congestion for formula modification are Cang Er Zi, Xin Yi Hua with also (but less frequently present in the literature) Di Long.

Bu Gu Zhi can also be used to help the Kidneys grasp Lung Qi in cases of deficiencies.


Frederic Thouvenin is a certified licensed acupuncturist who has Masters of Science in Traditional Chinese Medicine and Physics as it applies to Western Medicine. His interest in Chinese medicine stemmed from his early education in Chinese Internal Martial Arts. As the lead herbalist and consultant at the sorely missed Elephant Pharmacy in Berkeley, Mr. Thouvenin showed his commitment to serving his community and sharing his knowledge of TCM. More information about Mr. Thouvenin can be found at his clinic website: http://www.miravistalac.com.