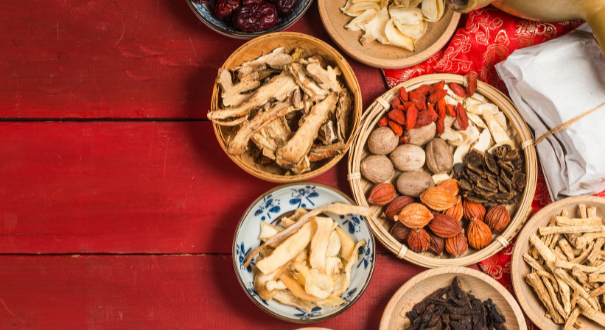 China has recently locked down several major cities in its response to a COVID-19 outbreak. You may know Shanghai (population of 28 million plus), and you may not know the other cities such as Changchun (over 4 million), but China basically locked down more people than live in the 10 biggest cities in the U.S.

Why? It’s due to China’s zero-COVID policy, or I should say its “dynamic” zero-COVID policy, which is trying to use testing and strict quarantines to control COVID outbreaks. This policy, although draconian, has worked well to prevent infections from spreading prior to this year and the arrival of omicron. In fact, the practice of strict lockdowns has worked so well that very few people as a percentage of their population have actually had COVID, meaning there isn’t much natural immunity in China.

You might think that wouldn’t be much of an issue because over 80% of China’s population is vaccinated. You would be right, if China’s vaccine was effective against the omicron strain, but it isn’t. Thus, China is facing a huge immunity gap, with almost all of its population with little or no defense against this strain of COVID.

As such, I would suggest that China is basically back at square one. Remember April of 2020? That is basically where China is in spring of 2022. China will have to make some hard policy choices so that its medical system isn’t inundated due to the virus. Doesn’t it sound like Groundhog Day? While I’m not a policy or medical expert, l know the next year will greatly impact the dietary ingredient supply chain because China and its cities will go through waves of COVID that will impede its ability to move goods within China, and to produce goods, including our dietary ingredients.

I’ll share some examples of how COVID has impacted our supply chain. Changchun, a major city in northern China, has been locked down for over a month. I have a shipment of organic Chinese ginseng that has been ready to ship at our facility in Changchun. Before it ships it needs to be sampled and tested for pesticides by a third party to get our organic transition certificate. It’s been there waiting since January.

Due to the Winter Olympics, the third-party samplers didn’t want to go take the samples because they were fearful they wouldn’t be allowed back to Beijing if there was a remote exposure. Imagine if the office park had some cases, in a building at the other end of the campus; it could be that remote, but still warrant their being stuck for weeks.

Then Chinese New Year brought the same scenario. Who wants to risk being isolated from their family for a holiday that would be like Christmas and Thanksgiving combined? So now the Olympics and the holidays have passed, and they are ready to come sample in early March. Guess what? There is a COVID outbreak and the city is locked down. People can’t even leave their homes. They have been locked down for a month at this point.

Once things open back up, we anticipate this shipment will leave 2-4 weeks afterward, accounting for sampling and testing. So, a shipment that was ready to leave in January doesn’t leave until May at the earliest, and that’s if there are no other hiccups. We are lucky because we usually buy enough material to cover 18 months and only buy it once a year, so Nuherbs is still able to meet the needs of our customers. However, this example shows you how COVID is impacting the movement of people within China, which impacts the supply chain in ways that may not be obvious.

Another example is if you need permits or official paperwork. If the governmental offices are located in an impacted area, they may be able to issue you the permit from their home offices, but the official documents may not be able to leave the locked down city, so your shipment won’t be able to go out. The paperwork is literally stuck at a home or an office, thus your shipment is stuck at origin.

I also worry about port lockdowns, such as what happened to us in 2021 when the Port of Ningbo was shutdown. Our shipment was slated to leave and was already at the loading area, when the port shutdown, delaying our shipment by several weeks. This time around the Port of Shanghai was able to remain open during the early days of the shutdown and was able to clear the shipments that were already there; but it soon ran out of work because new shipments were not able to enter Shanghai. Another concern is that if a COVID outbreak happens at a certain time in a certain area, it could greatly impact the yield of herbs in 2022 and 2023. Imagine that it’s time to plant, or harvest, but people can’t do the work because they aren’t allowed to leave their homes.

These are examples of obstacles that we can think of, but there are plenty of things that we can’t imagine until they happen. This is all compelling me to ring the warning bell and tell our industry to beware of how COVID in China is impacting, and will continue to affect, the production of dietary ingredients and herb yields, combined with encumbered movements of goods within China and its exports.

Plan early, plan often, and plan long, my friends. Find partners who have feet on the ground and are willing to share their intelligence with you, who are nimble operators that have that ability to store and ship from their U.S. facilities to mitigate some of these potential risks.

This article originally appeared in Nutraceuticals World and was written by Wilson Lau.